And most importantly, from now on you can easily get in touch with your target group via push notifications, promotions or offers. This is how customer loyalty works today. Create your own tickets, coupons and cards for the mobile wallet now, with the intuitive and easy to use software solution of Kortpress! 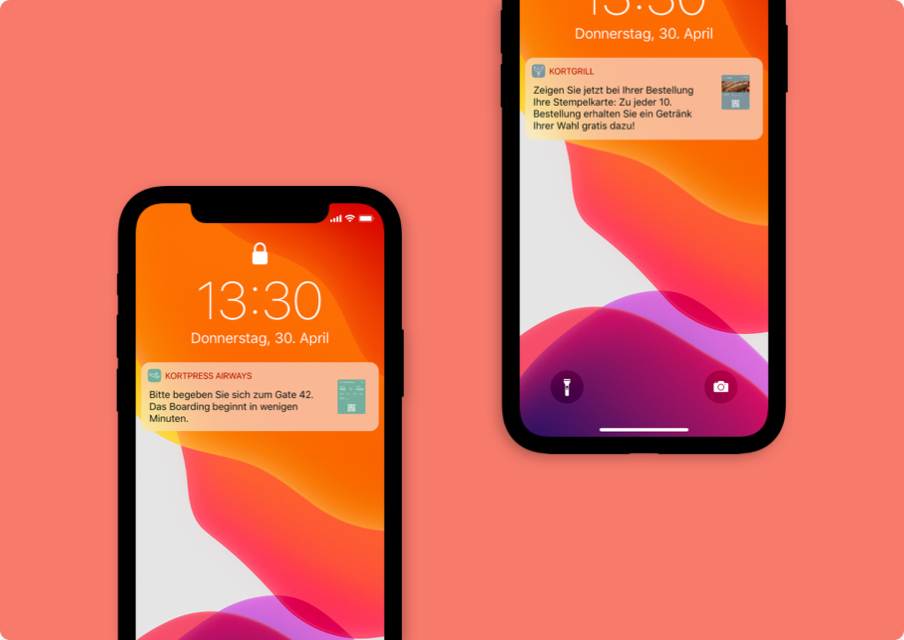 Until now, if you lost or changed a card, you had to order or create a new one. You couldn't see your account points or status on the card itself. But now it has never been more efficient and convenient to keep all your cards and passes up-to-date. Account points are updated in real time, or a pass simply gets an upgrade when it reaches the next status level. And most importantly: This good news always lands directly on the screen of the customers' smartphone. 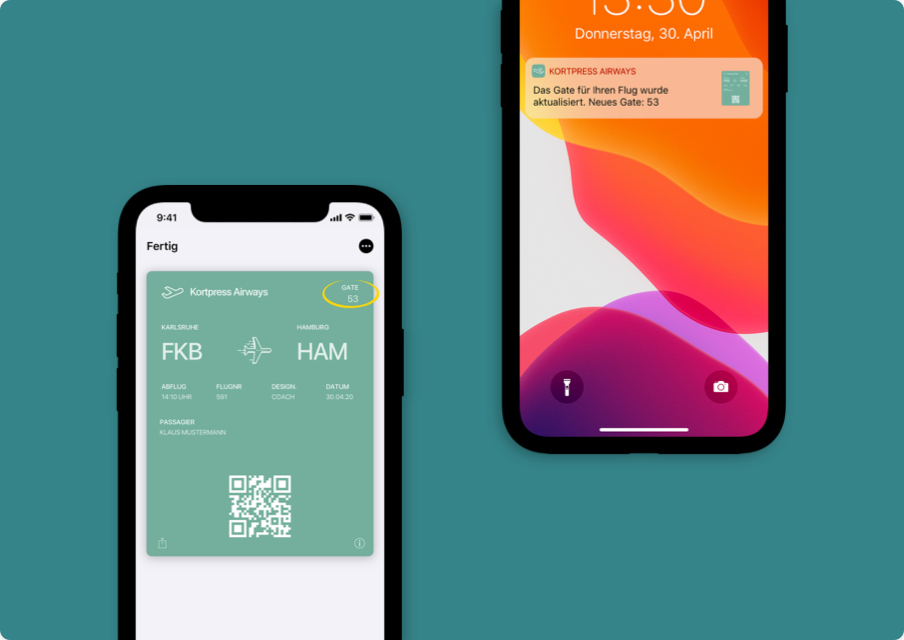 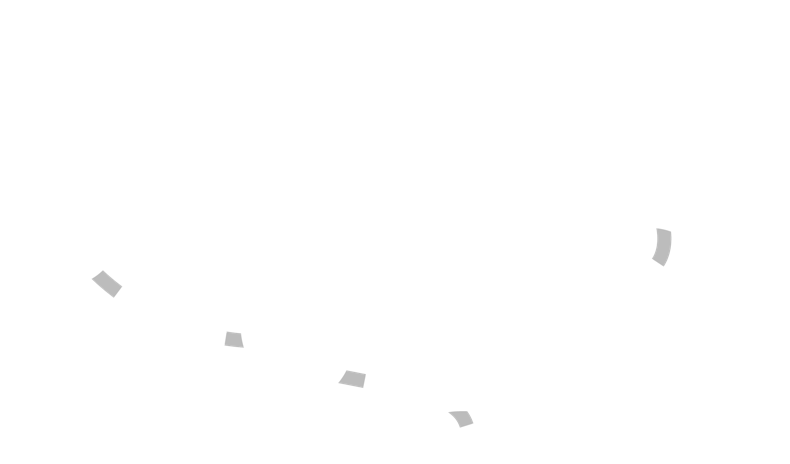 At Kortpress you know exactly what you are paying for. With the cloud solution you benefit from transparent pricing with monthly billing. For the in-house solution there is a convenient and unlimited annual subscription. 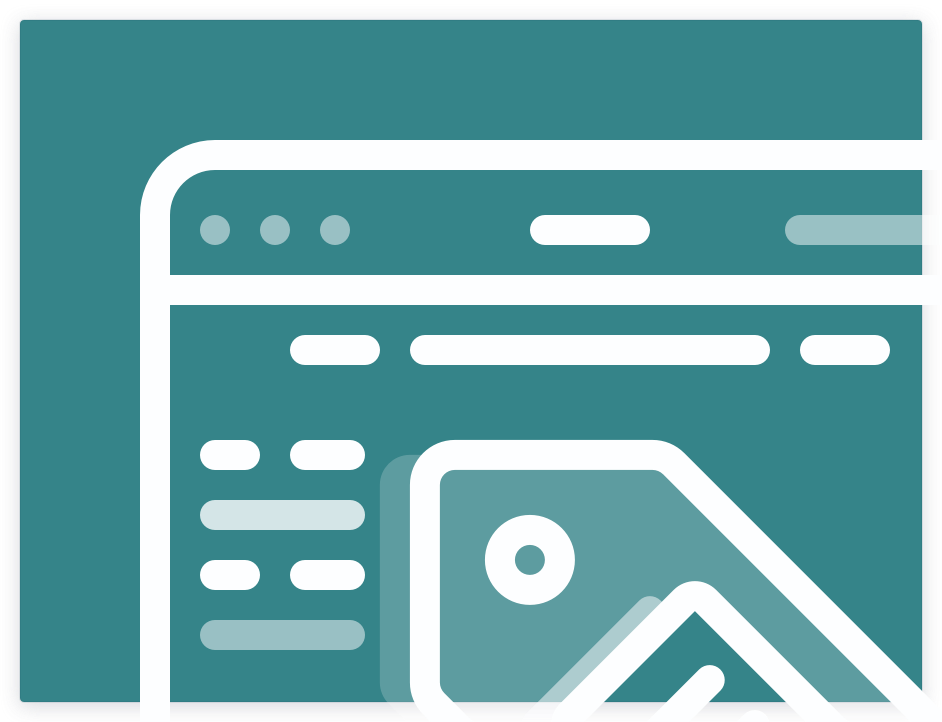 * all prices are exclusive of statutory value added tax


* all prices are exclusive of statutory value added tax

Google Wallet is a payment service from Google, which is available both on mobile devices and as a desktop version. The Google Wallet service, which was created in 2011, replaced Google Checkout, which was launched in 2006, two years later. Google Checkout facilitated payments in online stores. However, the service now allowed payments with credit cards, which is why it failed to be a great success in Germany. Google Wallet can be used both in on-site and online retail. For this, NFC technology is used to exchange signals between the mobile device and a so-called terminal. A terminal can be, for example, a checkout system in stores, which makes cashless payment possible, but also a payment process for online shopping. Google Wallet users simply have to enter their delivery and billing address and credit or debit card details. At the beginning of 2018, the Android Pay and Google Wallet services were merged to form the Google Pay brand. This made it possible to create and collect customer, gift, boarding, and transit cards as well as event tickets in addition to cashless payments with credit and debit cards.

Google is a technology company based in the USA and better known by its search engine. Founded in 1998, computer scientists Larry Page and Sergey Brin built the first building block for one of the world's most valuable brands. From that point on, information was made available to everyone with Internet access. Since 2015, due to restructuring, Google LLC has become a subsidiary of Alphabet Inc. Google is the global market leader among search engines and the most visited website in the world. With a market share of over 90% in Europe, Google is a direct competitor to other search engines such as Bing, Yandex or Baidu. Google LLC offers further services of the World Wide Web. These include: Web browser, music (Youtube), e-mail account (Gmail), a play store for mobile applications on all Android devices, maps, photos, cloud (Drive), Google Pay and many more. Until today the search for answers is the focus of the company.

A Wallet App can be found on both iOS and Android devices. These digital Wallets can store means of payment such as credit cards or digital cards such as customer cards, admission tickets, boarding passes and coupons. Due to the large number of possible card types, the possible uses of the Wallet seem endless. For example, a digital customer card can be used to implement a digital customer loyalty program. The end customer can be notified via push notifications using the card stored in the Wallet and benefit from dynamic real-time updates of the customer account. The Wallet offers companies a high level of transparency about the behavior of their customers and the possibility of persuading them to make a purchase by means of individual offers.

A gift card is used as a substitute for conventional paper vouchers. It usually has the shape of a credit card and can therefore be stowed in any wallet. Such gift cards are not tied to a specific person, but have a unique number that can be scanned with the help of a barcode, magnetic strip or RFID chip. Each gift card is assigned to one account. If changes are made to the card's account balance made at the sales location, this will be passed on to the server. The value of a gift card can be specified when purchasing the gift card. Now the recipient can use this particular voucher value when shopping in the corresponding store. Depending on the gift card, this can be redeemed in a single store or, as in the case of a shopping arcade, in several stores. Gift cards can be personalized and therefore adapted to the corporate identity of the company. Digital gift cards represent a further development in terms of gift cards. Customers can save these on their mobile devices in the respective app. As a result, more space is available in the wallet and the cards do not get lost so easily.

A gift is a voluntary transfer of ownership of a thing or a right to the recipient without receiving any consideration in return. In general, the symbolism of generosity and appreciation of gifts has always had a firm place in human history. Especially in winter gifts often are given and accepted with great pleasure. Gifts play a very important role in our everyday lives. Ideally, they should be either personal or individual in order to leave a lasting impression. Not only at Christmas time, but also in everyday life gifts are important and can be introduced, for example, in a partnership or in a friendship as a steady habit. In psychology, researchers found that people who were polarized toward generosity also made more generous decisions. After the task, they also reported being happier than the control group. Thus, studies have confirmed that there is a connection between generous behavior and feelings of joy.